Do you feel like listening to some hard-hitting, uplifting music? Then, the latest single by Annabella, Liar, Liar, is the song you should try out! An Austrian duo, Annabella composes some of the finest music you will ever hear. Their primary theme is to smash the patriarchy and claim equal rights for women by speaking out and not staying hushed behind closed doors.

Annabella’s Liar, Liar is a song that upholds the theme of music this duo composes. We even had a chance to have a little chat with them. Let us see what Annabella has to say about this track!

Influences and idea behind Liar, Liar!

1) Which artists or bands are you primarily influenced by?

We are inspired by female-fronted power bands like The Pretty Reckless, Halestorm, Dorothy and Evanescence. We are focused on good voices and the best in our opinion is Lizzy Hale because it seems like she can sing everything: screams, distortions, fragile head voice parts. She is absolutely great. But we are also influenced by bands like Billy Talent and Alter Bridge

2) The song is lyrically quite self-explanatory. Is there any story behind that, or was it just another real-life situation imagined and brought out through such excellent lyricism?

Liar, liar is the fourth act of our upcoming EP which is a five-act story of an affair. It is based on real life events, and it is actually about one single person. We don´t give any names but the person will recognize himself. The lyrics of this song also were inspired by the movie “Firestarter”. We love horror movies and especially the saying: “liar, liar, pants on fire”, which we like and had to bring into that song.

That is a very good question. We compose, surprisingly to most of our colleagues, the lyrics first and then the music. After we finish the story, we plug into the mood and compose the melody on the piano. Therefore, at first every song sounds like a ballad and then we meet the producer and start to rock it.

4) I found the guitar works in the song absolutely beautiful and incredibly uplifting! So, can you shed some light on the idea behind the song’s guitar parts?

Thank you. Like mentioned above the songs are originally piano-based and when the structure of the song is ready, we meet the producer, exchange ideas how to rock the song without losing the original charm. We are professional singers, so as mentioned at the beginning the vocal parts are the most important to us and when they are fixed, we try to frame it with guitar sounds.

5) The overall sound of Liar, Liar is quite hard-hitting. I am curious about how you went ahead with the song’s recording process. Would you like to share something about that?

We have an amazing team of absolute pros. After we recorded the demo, we discussed the further steps with our producer Thomas Hohl and then we recorded in a few sessions the whole song at once. After that the editing process started but it was absolutely important to us to be involved in every step.

6) What can we expect from Annabella in the coming times? Are there any plans for a new album or single that you would like to share with your fans?

The EP like mentioned above which is called “4-Bitten Fruit “, will be released on January 13th and we will release another single which is called “Stand my ground” which is including topics like self-love end equality. We will cast ourselves a live band in 2023 and would like to start putting Annabella on stage, looking forward to meeting all our supporters in person. 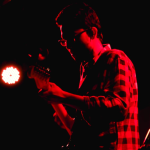 Writer by the day, musician by night!